Sonic CD Review – The Most Overrated Sonic Game Ever 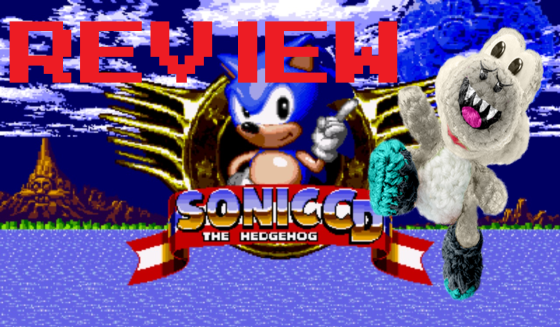 Sonic the Hedgehog CD (ソニック・ザ・ヘッジホッグCD Sonikku za Hejjihoggu Shī Dī?), or Sonic CD (ソニックCD Sonikku Shī Dī?), is a platform video game developed by Sonic Team and published by Sega originally for the Sega/Mega-CD in 1993. It is the first game in the Sonic series to make use of the CD-ROM format, featuring high quality audio and full motion video. Development began in Japan around the same time as Sonic the Hedgehog 2 in the United States. Originally the games had many similarities, but over time became vastly different projects.

The story of Sonic CD follows Sonic the Hedgehog as he utilizes time travel to save Amy Rose and Little Planet from Doctor Eggman and Metal Sonic. The game is the debut appearance for both Amy and Metal Sonic, both who have gone on to become recurring characters in the Sonic series. Time travel is a key aspect to both the story and gameplay, with nearly every stage containing four different variations (one for each time period) featuring alternate stage layouts, music, and graphics.

Since release, Sonic CD has received universal critical acclaim, being considered both one of the best platform and Sega/Mega-CD games of all-time. It has since been ported to Microsoft Windows 9x in 1996 as part of the Sega PC brand and to both the PlayStation 2 and GameCube in 2005 as part of the Sonic Gems Collection. An enhanced port of the game has been released for Xbox Live Arcade, PlayStation Network, iOS, Android, Windows, Windows Phone, and Ouya.

Ello, Dutch guy that likes to play video games/talk about them. I also like to talk to people, feel free to message me about anything. Mail: swavo13@gmail.com
View all posts by swavo13 »