A little more Wrestling This weekend!

So it’s the week before one of my favorite WWE events, the Royal Rumble. At least it should be one of my favorite events. Except for the last few years the WWE uses it to troll their own fans and see just how bad an idea they can get away with, although I should say last year’s show itself was really good, it was just the follow through and the biggest stage of Wrestlemania that w3as the clunker.

Never the less I can hope for that, a decent enough event and watch them screw it up later. For right now I am hoping for the Royal Rumble itself to be a good show, and that the NXT Takeover show the night before will be its usual awesomeness. So with that, here is what I hope to have happened at the Royal Rumble:

WWE UNIVERSAL CHAMPIONSHIP: Brock Lesnar (with Paul Heyman) (c) vs. Finn Balor: This was a train wreck. First, it was Bruan against Brock, but nope we changed that, now it’s Finn Balor against Brock. I don’t see Finn Winning the thing at all. Brock is going to Wrestlemania and Finn is just a bump in the road to troll fans into thinking Balor has a chance. Braun may even get involved in the finish but I think Brock Lesnar keeps the title. WINNER: Brock Lesnar

WWE CHAMPIOPNSHIP: Daniel Bryan (c) vs. AJ Styles: I do not see a title change here either. Honestly, this match doesn’t have as much for me as it would have if Bryan didn’t do his goofy Eco Warrior Heel turn. I think it will be a good match, but Bryan will retain. WINNER: Daniel Bryan

WWE SMACKDOWN WOMEN’S CHAMPIONSHIP: Asuka (c) vs. Becky Lynch: This one should be interesting. Becky is over HUGE right now and this being the Rumble, Maybe Becky does have a shot at it. I would venture to say that whoever wins here has a decent enough shot at defending the belt at Wrestlemania, so I’d give it to Becky Lynch. WINNER: Becky Lynch wins the belt.

WWE RAW WOMEN’S CHAMPIONSHIP: Ronda Rousey (c) vs. Sasha Banks: I don’t give Banks a shot in Hell of winning the title. Ronda is going to retain and go to Mania with the belt. Maybe the WEE will try something in having Baylay cost Banks the title but the WWE likes to string us along on that instead of pulling the trigger on a match between the two Either way the Celebrity money grab retains the belt for the big show. WINNER: Ronda Rousey

WWE SMACKDOWN TAG TEAM CHAMPIONSHIP: The Bar (c) vs. The Miz and Shane McMahon: This isn’t a highlight match for me. The issue going into this isn’t a match I want to be paid off at Wrestlemania and having Vince’s son get ANOTHER way into the ring kinda bores more at this point. WINNER: The Bar retains that to Goffyness to have a match at Mania that I’m lukewarm on.

WWE UNITED STATES CHAMPIONSHIP: Rusev (c) vs. Shinsuke Nakamura: Does anyone really care? The WWE hasn’t done much with either guy and the matches they’ve had together are there but eh. I think this was once again just thrown on the card without much of a reason other that Rusev accidentally kicking his fake accented wife while Nakamura held her. Totally not even caring about this match at all. WINNER: Rusev retains in a total popcorn match while I’m probably taking a piss.

WWE CRUISERWEIGHT CHAMPIONSHIP: Buddy Murphy (c) vs. Kalisto vs. Akira Tozawa vs. Hideo Itami: This may wake the crown up but I see it being on the preshow anyway. The action will be good. Even if it is the Cruiserweight Title and there is again, not a lot of reasons to care. I might be wishing for too much but I could see Hideo Itami getting a run with the belt to get some good match for the next two months and then have him lose the belt at Mania. WINNER: Hideo Itami to hold the belt until WrestleMania.

WOMEN’S ROYAL RUMBLE: This is going to be an interesting one. I know there is a lot of hope that Bayley will win to set up a match with Sasha Banks, but the WWE has strung us along enough and doubt they will pull the trigger. There really isn’t a big name expected to win. With that, I’m just going to go with the woman WWE always pushes in times like this and just say Charlotte WINNER: Charlotte, because there really is no one else.

MEN’S ROYAL RUMBLE: The reason anyone watches this show at all. All the names haven’t been announced but let’s face it, the winner of the match probably already has and those who aren’t announced for the rumble itself at this point are just space fillers to play fodder for the other guys. As for Who is actually going to win the rumble itself, Seth Rollins is the big choice to be the one to topple Lesnar at Mania. He’s been the rumored winner for a while. Beyond that is the possible winner in Braun Strowman himself. No idea what his elbow will be like for the Rumble but if he is allowed to wrestle with it, I’d make him a surprise winner and MAYBE the WWE will pull the trigger on HIM and put him in the main event of Maina, instead of dancing around with this near miss bullshit they have done for a while now. WINNER: Seth Rollins (maybe Braun Strowman)

But this weekend has another show as well. NXT is scheduled to put on another show of its own and usually, NXT outdoes the WWE show on weekends like this so let’s take a look

NXT Title: Tomasso Chiampa V/S Alleistar Black: This could be a good one. As for the winner, The see Chiampa retaining with the help of Gargano and they rule together as a heel Champions WINNER: Chiampa (with Gargano’s help)

NXT Woman’s Title: Shayna Baszler V/S Biannca Belair: Well I am REALLY not looking forward to this one. I’m not big on either of them so meh. Winner: Baszler retains in the dog of the weekend.

NXT Tag Team Title: The Undisputed Era V/S War Raiders: It is possible that the War Raiders wins the titles and send the whole Era to the main roster, but I’m not sold on that just yet. I think it will be a good match but the Era squeeze out another victory before they get their comeupings closer to Mania itself. Winner: The Undisputed Era

NXT North American Title: Ricochet V/S Johnny Gargano: THIS will a match of the weekend. Both guys are so good I expect them to be called up before Mania or the day after Mania at best. The winner in this match though, I’m going t give it to Johnny Wrestling as he and Chiampa get a run with both belts WINNER: Gargano

Matt Riddle V/S Kassius Ohno: This was just added in, and why bother doing this again? It will be better than the quick one they did at the last Takeover show. Still see Riddle winning though. WINNER: Matt Riddle

That should cover the weekend’s action and here is to it being a good show all around. The Rumble itself has been the time when the WWE loves to screw over fans, but Takeover should be good enough to cover for it if the WWE does it again.

Either way, I’ll be watching! Hope to have some fun! 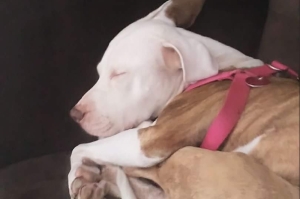 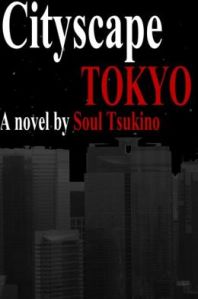